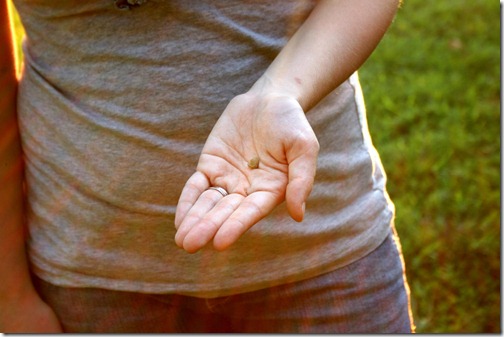 It’s crazy that something this tiny can make you so sick.

It’s crazy to think that in just 34 weeks you be living with us.  So tiny and sweet and oh so loveable:)  I read the other day that at 6 weeks you should be the size of a lentil.  The week before that was a sesame seed so you are growing very fast!  So far this pregnancy has been so different than my last one. Last time I was sick from the moment I stepped out of bed to the moment I fell asleep, with the sickness getting worse as the day went on.  This time, as soon as I wake up I start feeling incredibly sick.  I get a break after lunch, then it comes back before dinner.  I have been so dizzy this time too.  That’s something new and weird for me.  My mornings have started off with Ty & Micah eating breakfast and watching a movie while I sit on the couch nibbling on something, trying to feel better.  I can tell you our house has not been pretty:)  I feel like every time someone comes over I am having to give an excuse for why there is such a mess, besides the real reason.  We have kept you a secret till now.  We planned to keep you a secret longer, but as sick as I have been we couldn’t hide it anymore.  People were going to be scared to be around me and wonder what they were going to catch! I already love you and can’t wait to find out if you are a boy or girl! I can’t wait to meet you!!  April 8th is when the doctor says you will be here and I look forward to it!

Posted by DeborahRobson at 8:34 PM 2 comments: 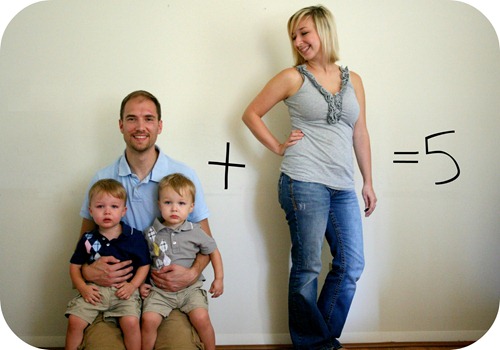 We had such a good time celebrating the boys birthday this year. I was extremely excited to give them a party this year.  The theme was Elmo and Cookie Monster.  The main things I thought we needed were awesome cupcakes and balloon…lots of balloons!! I was right! The boys LOVED it!  We decorated while the boys were napping so they would be surprised when they woke up.  They were seriously so excited to see their cupcakes and all the balloons:)  Thanks Ian, Rebekah, & Sean for helping make it possible.  Sorry if I was a little too bossy:) 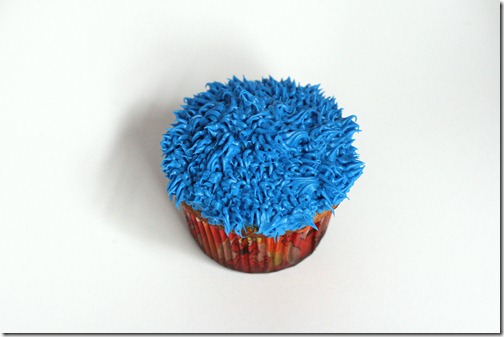 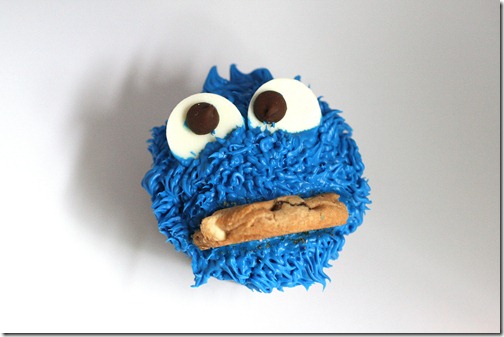 Cookie Monster turned out fine….Elmo, not so much!  We had to add extra food dye to that icing and it made it extra thin.  Freezing it didn’t even help:( 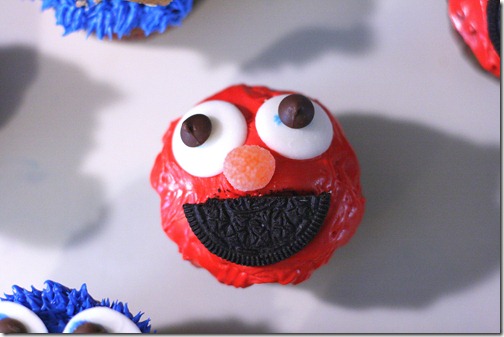 Almost immediately after putting the face on Elmo the pieces started sliding around. I came through later and his nose and eye were laying on the counter top beside him:) 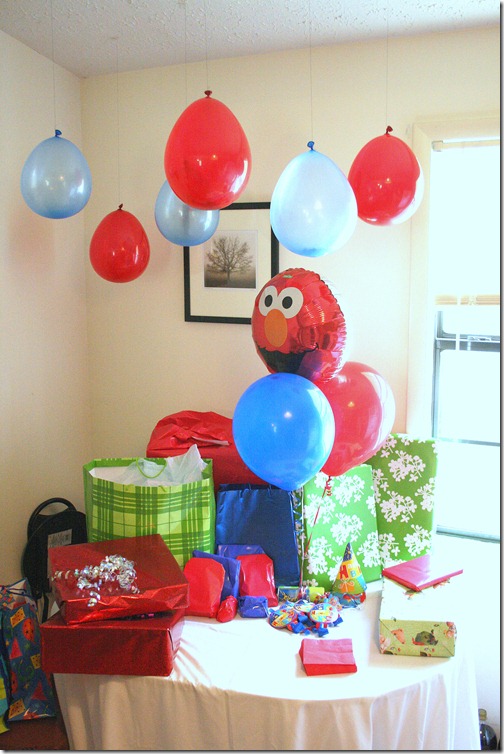 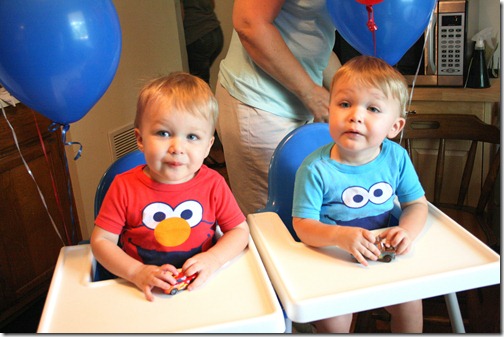 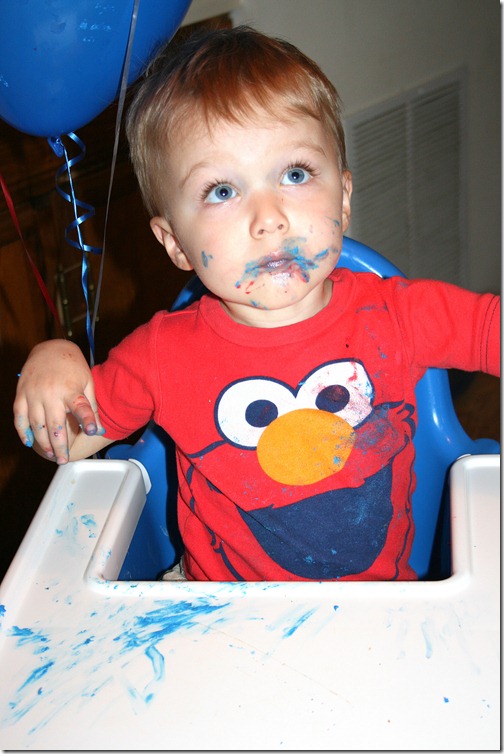 Micah wouldn’t even eat his cupcake.  As you can see, Ty enjoyed his…at least the icing:) 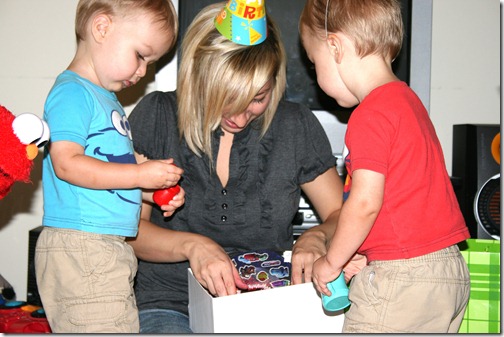 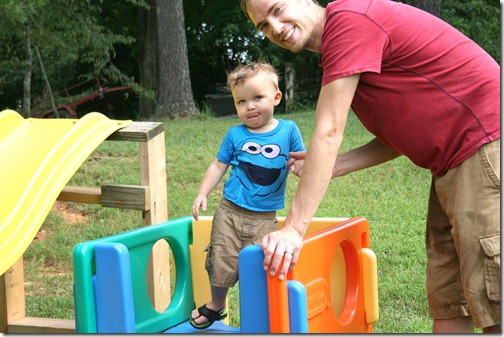 Posted by DeborahRobson at 9:06 PM 2 comments:

I know I haven’t posted in a while.  Most of you know things have been crazy here.  I feel like this is the first time I have actually felt like opening live writer to start this blog.  I have felt very overwhelmed lately, but most of all I am so thankful for God’s grace.

Last Sunday, July 31st, Ian went to Cummings Falls after church with a few friends from church. He told me he would be home around 4:30, I knew that would mean 5pm.  The boys were taking a nap, so I decided to take one too.  Nothing is better than a Sunday afternoon nap:)  At 4:45 I text messaged Ian to ask if he was on his way home.  I didn’t get a response, but I assumed he might not have signal or left his phone in the car. Not even 5 minutes later my phone rang. My sweet friend Megan was calling. Her husband was with Ian so I just assumed she was calling to see if I had heard from the guys yet. After I said hello she said something like “i don’t want to scare you, Ian is okay, but he has fallen at cummings falls and has some scratches on his face. Josh says he’s okay though” I’m so groggy from just waking up and having a phone call like that immediately terrified me.  I do feel like she handled the call very well and she just relayed the info she knew, but I started shaking and crying immediately. I knew he must be okay since Josh said he was but I still couldn’t stop crying.  I remember saying ‘so, is it bad enough that I should go to the hospital or just wait it out?’  Megan told me I should go to the hospital that he is hurt, but okay (I’m assuming she meant nothing serious and he’s alive) and he doesn’t remember falling.  Honestly, in that moment, I didn’t even realize what that meant. She said she would call Alissa, her husband Tyler was also with Ian, to see if she could watch the boys for me.  I know that Alissa lives a good 20 minutes away and I really didn’t want to wait, so I said I would also call another friend that I knew might be near by.  I called Shelly and could not get the words out I was crying so hard.  I think I was able to say “Are you in Cookeville?” She lives just out side of town.  She said she was  almost here was something wrong.  I was only able to say “can you come to my house?” Shelly is one of those sweet people that will come no matter what, no questions asked.  I love that about her!  I then called my sister to tell her to let the family know to pray for Ian. I wasn’t really sure about the situation, but it sounded like he was okay.

Shelly was at my house in no time. She said she thought something was wrong with one of the babies since we have so much sickness here.  She was shocked to hear it was Ian, but like the dear friend she is, she said she would take care of the boys and I could just go.  Beau, her husband was going to drive me.  I am so glad he did. My hands were seriously shaking and my teeth were chattering from nerves.  We waited at the hospital probably 45 minutes before the ambulance even showed up.  In that amount of time Tyler called me to let me know Ian was okay.  It was very reassuring hearing that from him since he was with Ian.

I was able to see Ian get off the ambulance but had to wait to stay with him till he was settled in a room.  I will confess, I wasn’t prepared for the blood.  I knew he would be scratched up, I was still unsure about the fall, so I pictured it completely different and even cleaner in my mind.  When I was able to go back to see him I realized it was even worse than I thought before.  He had short term memory loss.  We couldn’t even have a conversation because he couldn’t remember what we were talking about.  He would ask a question and then 2 minutes later he would ask that same question again, then 2 minutes later again.  Let me tell you, it was scary!  They did a CAT scan and everything came back clear.  So they stitched and stapled him up and sent him home!  I was so glad that by the time we were finally leaving the hospital his memory was some what coming back and I knew for sure he was going to be okay.

I was glad to finally get to talk to Tyler and the other 2 guys that were with him to find out the details of his accident.  Apparently Tyler was climbing up to where Ian and Will were sitting on some rocks.  Tyler slipped and started to fall. Ian reached out to grab him and maybe slipped himself, but fell head first.  Tyler was banged up too. He didn’t require a doctor visit, he mostly scratched up and sore.  It was an 8 1/2 or 9 foot fall.  So scary!

I am so thankful that God was watching over Ian.  That He protected him from worse injuries.  It made me really realize how fast things can change.  How we could have lost Ian that easy and that fast.  I could have been planning a funeral the next day instead of holding him.  I really can’t even tell you how many times I have thanked God for protecting him.  I am so thankful to God for ALL that He has given me.  I know we would have nothing if not for Him.  I am so thankful that I have a God that I could lean on when I needed someone the most.

I love you Ian and I am so glad you are okay:)

Posted by DeborahRobson at 8:45 AM No comments: 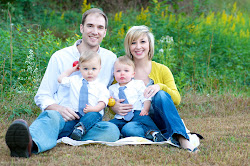 DeborahRobson
My name is Deborah. I am married to the most wonderful, amazing man EVER! I have the sweetest twin boys too:) I love my family. I never know what to blog about, but I love the idea of blogging.